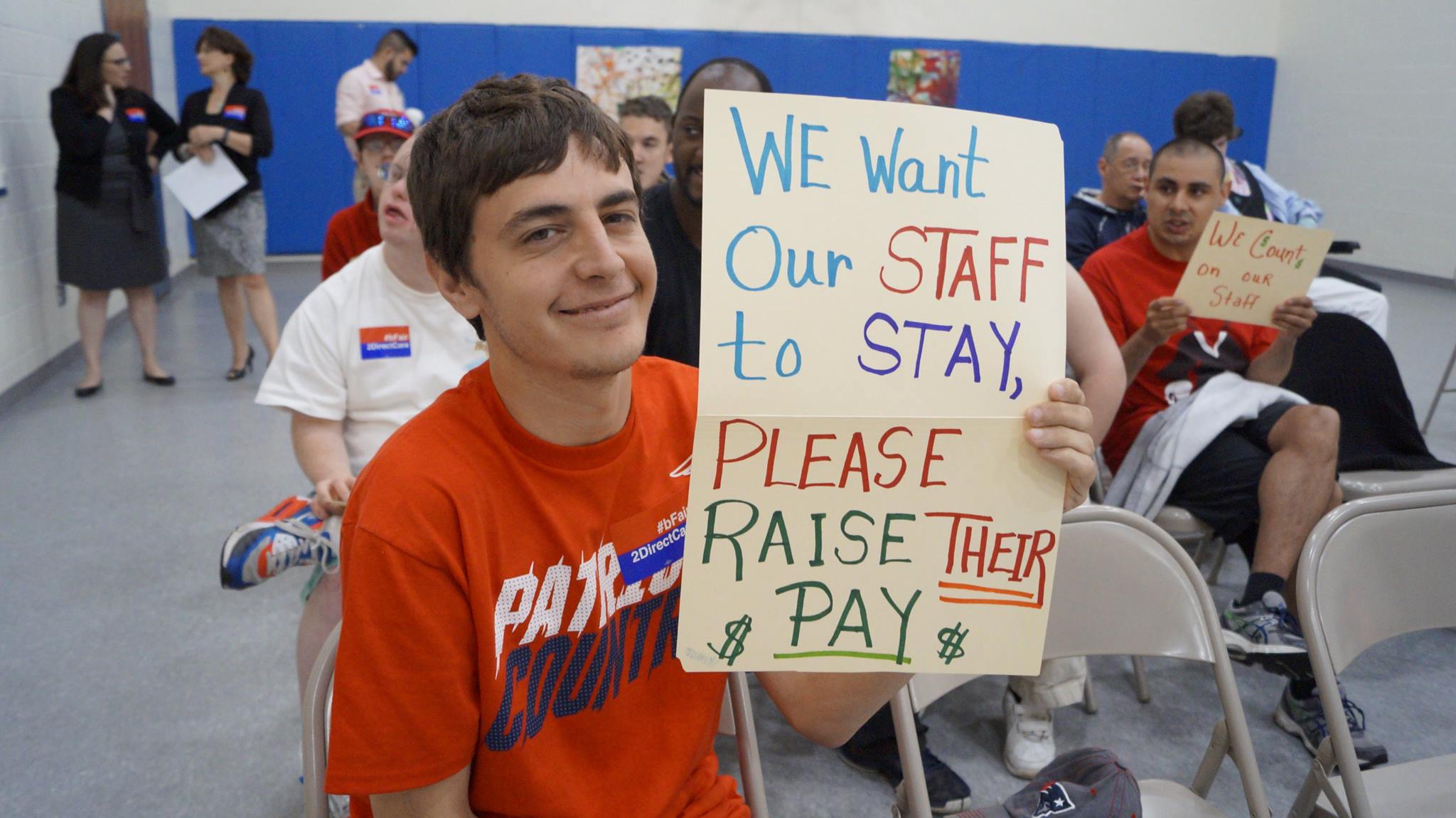 Direct Support Professionals (DSP)s provide daily care, services and supports to people with intellectual and developmentally disabilities 24 hours a day, 7 days a week. Caring for people with complex needs is a rewarding yet challenging job, which requires ongoing training and a high-level of responsibility and skill. These are not minimum wage jobs.

Nonprofit provider agencies funded by OPWDD employ nearly 100,000 DSPs, and deliver 85 percent of the needed services to approximately 130,000 people with intellectual and developmental disabilities in New York State. Almost all funding for these agencies comes from the government at rates set by the government.

Statewide, reimbursement for DSP salaries has increased just 1.4 percent per year over the last eight years. Despite the high demands of the job, DSPs currently earn on average between $10 and $13 per hour. We are losing our DSPs to higher-paying entry-level job sectors, which continue to increase their hourly wages.

In 2017, our statewide vacancy rate for DSPs was 14.4%, a 30% increase from 2016 and an 80% increase since 2014. Many agencies throughout the state are faring even worse, with vacancy rates in excess of 20%. Turnover rates are also problematic, with nearly one in every three DSPs leaving the job in less than a year.

It is absolutely critical that we secure adequate government funding to pay our DSPs a living wage. If we do not, our programs could be reduced or eliminated due to lack of staffing, and many years of progress toward community integration, choice and deinstitutionalization will be lost.

State-run programs and staff are reimbursed at a higher rate than those in the voluntary sector. If nonprofit programs are eliminated due to insufficient staffing, those still-needed services would likely be provided by state agencies, at a higher cost to taxpayers.

To address the workforce crisis, The Arc New York helped create a coalition of all of the major developmental disability provider agencies in New York State and was one of the driving forces behind the #bFair2DirectCare campaign.

While we were successful in 2017 in getting the Governor and Legislature to include $191 million in the enacted state budget to provide two consecutive 3.25% wage increases for DSPs, that is not enough to fully fund living wages for DSPs.

We will continue to advocate with our #bFair2DirectCare coalition to secure living wages for DSPs.

Disabled and Their Caregivers Ask for More Pay

Get Our Latest Headlines

Get Our Connections Newsletter